You are here: Home > Missing the Mistletoe

By Lynda2 on December 13, 2012 in winter, winter nature hunt, winter walk
It was a rather drab, grey and damp day when we started a December walk before a late lunch.  To add a bit of interest I proposed that we went on a search for mistletoe.  ‘What’s mistletoe?’ queried my seven year old.  ‘Well it grows high up in the trees, has white funny shaped berries and forms in a large ball rather like an overgrown bird’s nest.’ was my rather inadequate reply. ‘Look upwards and keep your eyes peeled we are bound to see some.’ 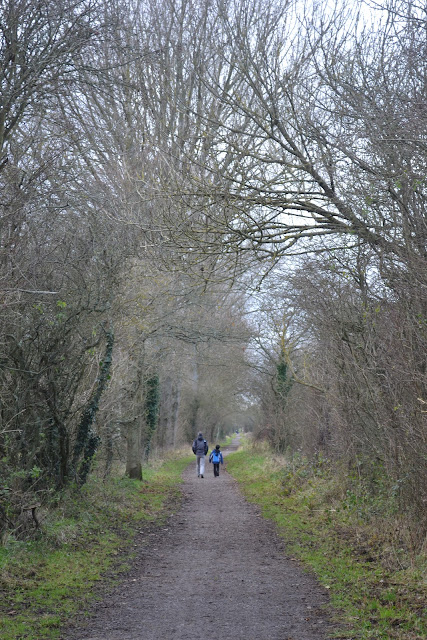 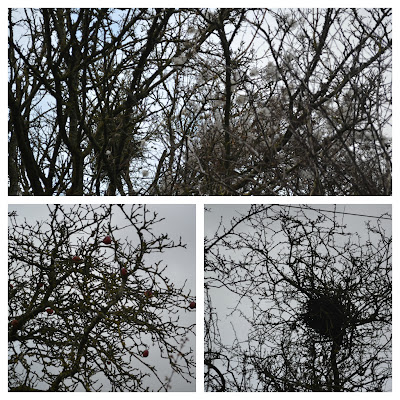 As we pottered along a slight nagging started in my mind.  I could only remember actually seeing mistletoe growing a couple of times in my life (I’m sure there must have been more).  Once was in an old orchard where every apple tree seemed to be host to a large bundle.  I’d also seen some earlier in the year in a snowdrop garden, again in an apple tree.  Perhaps they only grew on fruit trees.  We had seen an apple tree devoid of mistletoe at the beginning of our walk, but we were unlikely to see any more fruit trees.  So holly and Ivy were added to our find and seek festive list.  I was pretty certain that we would be able to tick these off.

We saw a lovely cascade of old man’s beard, high in one tree – a seed head usually found scrambling amongst the hedgerows.We also spotted several large birds’ nests, easily seen in the bare branches this time of year.Our hopes were raised that mistletoe might be close by when we saw what could have been a Mistle thrush at the top of tree.  Its favourite food is mistletoe.Alas its lunch was not in sight.We wondered what was named first the plant or the bird.Can anyone help? 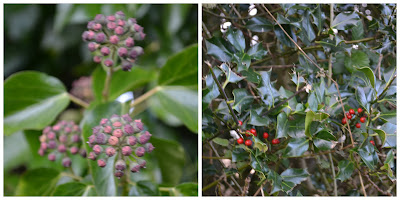 Tipping your head back and looking towards the sky does bring a different perspective to a ramble. Sure enough we saw many trees covered in ivy and a large bush of holly still holding some of it berries.We were surprised what a lovely shade of plum the berries on the ivy were. They were almost more stunning than those on the holly. 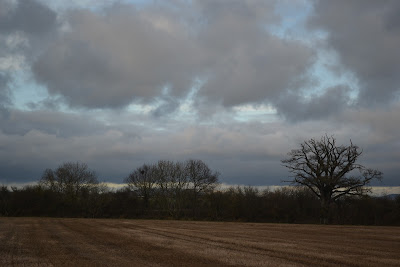 Linear walks always work well because you always see vistas on the return journey you missed on the way out.  And yes, yes in the distance on our way back a large ball of vegetation was spotted in a faraway tree.  At last we could cross mistletoe off our list, but by then my son was busy using the dried stem of a cow parsley as a blow gun. His interest in our Christmas hunt was over. 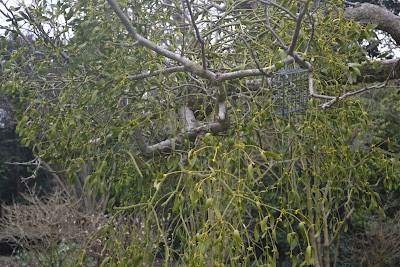 On our return home my research confirmed that the main host plants for mistletoe are apple, hawthorn, lime and poplar trees. Mistletoe is apparently much more common in gardens, orchards and parks than in the general countryside.  At least I was able to show everyone my photos of mistletoe from the snowdrop garden.
We may have another go at this game with some of our walks over Christmas, when the location will be more carefully planned. By adding some more types of berries, such as rosehips, perhaps pine cones and, of course a Xmas tree, and we will have a full blown Xmas hunt to have fun with. I am linking up this post with Learning for Life and Countrykids where you can find out what other families have been up to outdoors.
0saves
Save

An Indian Summer in the Garden

9 Responses to Missing the Mistletoe