You are here: Home > A White Weekend 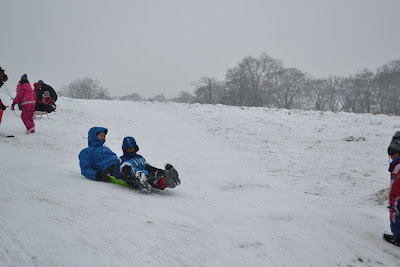 For once the snow was perfectly timed.  It started after 9.00am on Friday and continued throughout the day.  Those of you with school age children will know the significance of 9 o ‘clock. It meant that the school was open on Friday.  The school did, in fact, ask for children to be picked up early so that those staff with long journeys could arrive home safely.  So the weekend started early for my son and many others.  Fantastic –  we were able to spend it in the local playground sampling the delights of the first snow of the year.

Snow ball fights and sledging were on the agenda.  Yesterday there was a BBC programme highlighting the 60th anniversary of the great winter of 1963.  It included footage of children sledging and snowballing.  Really good to see that some things have not changes in the all that time.

On Friday we also attempted to build a snowman, but for some reason the snow was not sticky enough. Perhaps it needs a night on the ground to settle in. Usually when it snows in London it very quickly does a disappearing trick – often it simply does not live up to expectations.  So the pressure is on to get and and enjoy as quick as possible.  This weekend knowing that more snow was forecast meant we could wander out, as and when, we wanted.  No pressure. 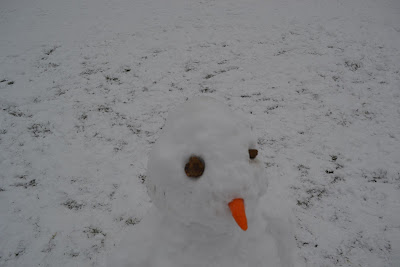 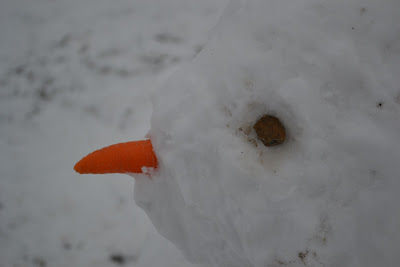 Saturday turned out to be a snowman day.  Actually it is a snow penguin.  Now comes my admission of parent fail. My son has just turned eight and we had never built a snowman with him.  OK I have an excuse for the first couple of years of his life as there was no snow.  Not sure how this happened, but it is all now rectified.  Snowman with organic carrot duly built in the  local park on Saturday. 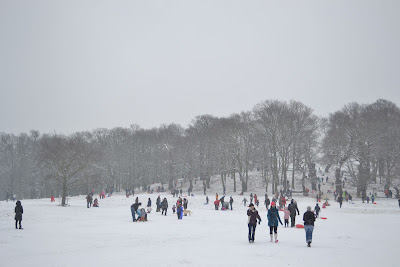 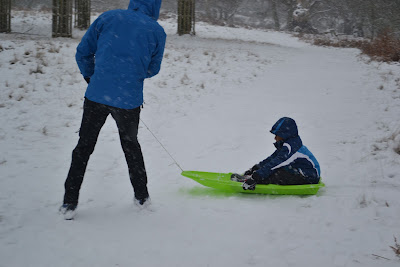 Sunday we had light snow all day.  We all trotted off to Richmond Park with the sledge, or shield if you are using it to protect yourself in a snowball fight.  The runs near the entrances to the Park were busy.  However if you, like we did, wandered into the Park just a little the people thinned out and you had you own winter wonderland. Perfection.  I even managed to take some shots of the deer. 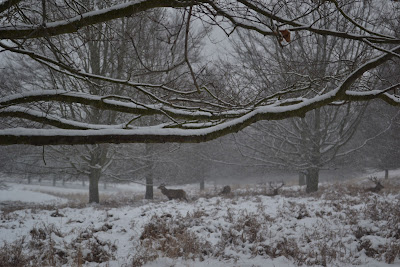 If ever there was a winter weekend to get outside and play it was this weekend.

A Different Sort of Watering the Garden with Kids

Enchanted Woodland: A Garden At Night

OUT TO WATCH THE BIRDS

Snowdrop Gardens
OUT TO WATCH THE BIRDS

16 Responses to A White Weekend